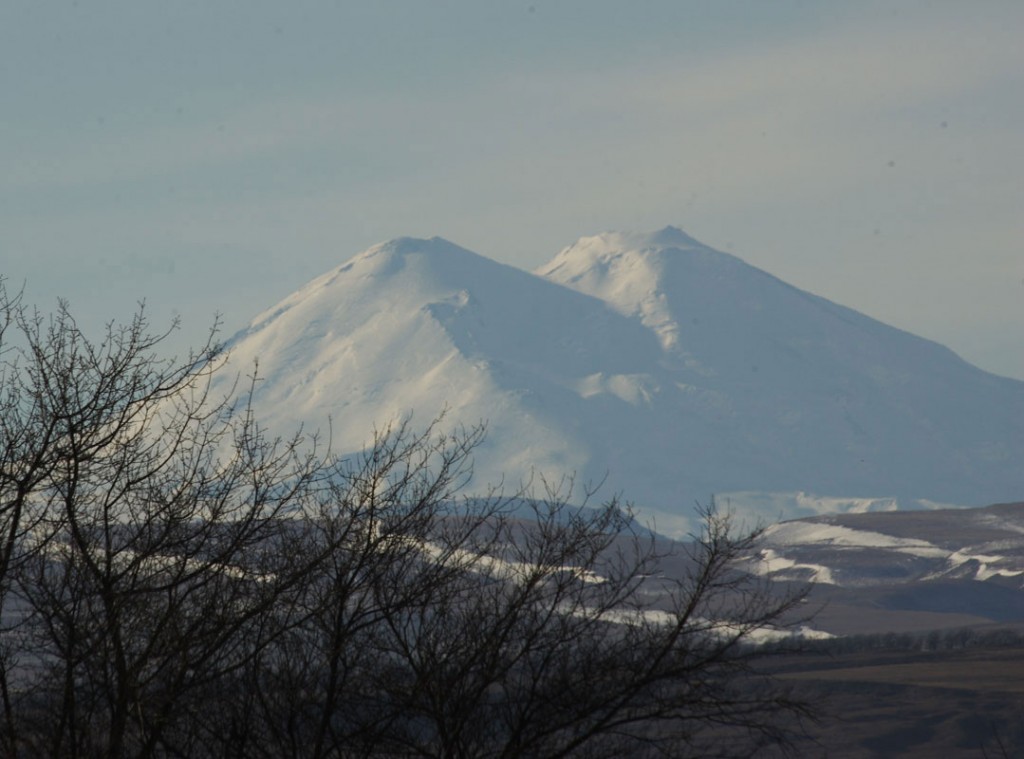 - one of the major and oldest Russian centers of tourism, mountaineering and skiing. This highland region of the Caucasus is uniquely positioned for active recreation.

Elbrus Region is located on the northern slopes of the Great Caucasian Ridge and stretches along the basin of the river Baksan (Baksan Valley), in the mountainous part of its tributaries Adyr-su, Kyrtyk, Adil-su, Irik and the origins Azau, Terskol, Donguz-orun.
The name of the region, respectively, gives Mount Elbrus (in the local language Mingitau, which means a thousand hills) – the highest massif of the Great Caucasus, as well as Russia and Europe. This is a freestanding extinct volcano, which has two peaks. Western summit – 5642 meters and 5621 meters – Eastern, they are separated by a saddle 5325m and 1,5 kilometers between. Ancient people believed that it was to Elbrus Hephaestus chained Prometheus, who stole fire for humans from the gods.
Elbrus stands on a high basement of granite and crystalline schists. The cone of the mountain poured during the numerous volcanic eruptions, not on the ice-covered areas are visible layers of lava, ash and volcanic tuff.
The surface of Mount Elbrus is covered with a cap of firn and ice from which in sides go down 54 glaciers, the largest – big Azau, Irik, Terskol. Ice thickness reaches 400 meters, the area of glaciation is about 150 km. 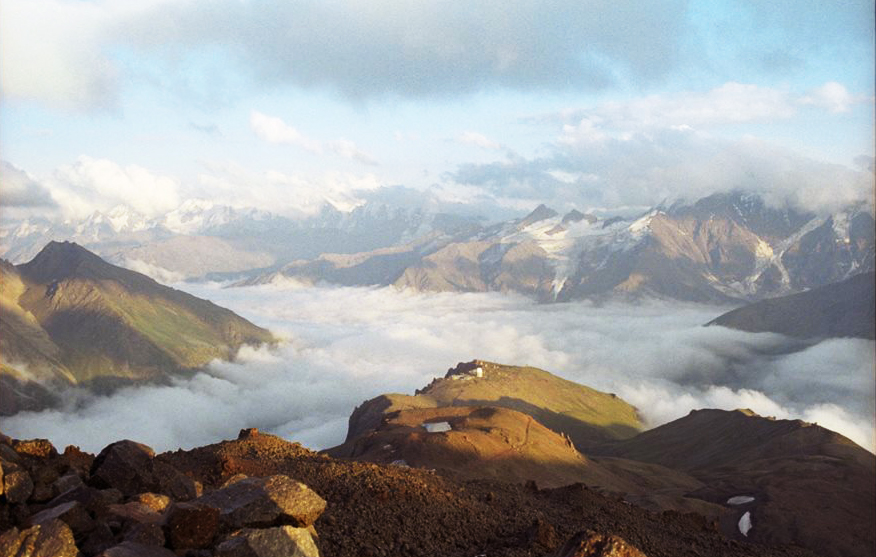 Very complicated terrain area, the significant difference of absolute heights above the sea level, the influence of glaciers, the proximity of the Black Sea and the large volume of air exchange with the free atmosphere – all this provides a fairly sharp contrast to climatic features of Elbrus from others, even close to laying. This, in particular, makes much difficult the possibility to accurately predict the current weather.

Snow cover is established in November, the snow is up to around May – June. At altitudes about 3,000m the snow may fall at positive and negative air temperatures. In general, Elbrus stands out relatively high daily air temperatures, although the average daily variations can be 19 – 22 degrees. The wind regime is very different from the height and location of places. Tourists making the ascent to Elbrus should be prepared even in summer to the Arctic cold and strong wind. 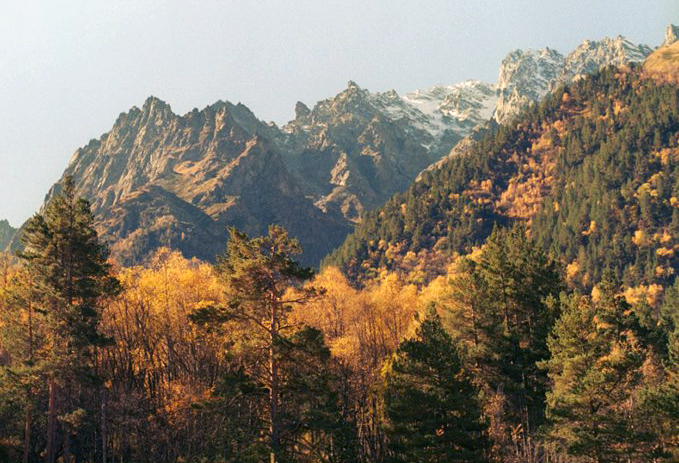 So, although the season starts in early November, and sometimes at the end of October and closes in mid-June, for a full skiing and snowboarding it’s more suitable during the middle of December – beginning of April. A season of climbing Elbrus begins somewhere in late May and ends in mid-September. The peak of season is July-June. For riding on MTB is the most suitable end of June to mid-October. The best time is the end of August – beginning of October.

The main part of the Elbrus is located on the territory of Kabardino-Balkaria.

The Republic of Kabardino-Balkaria.

Republic is located in the central part of the northern slope of Great Caucasus. The distance from Nalchik to Moscow: 1873 km. 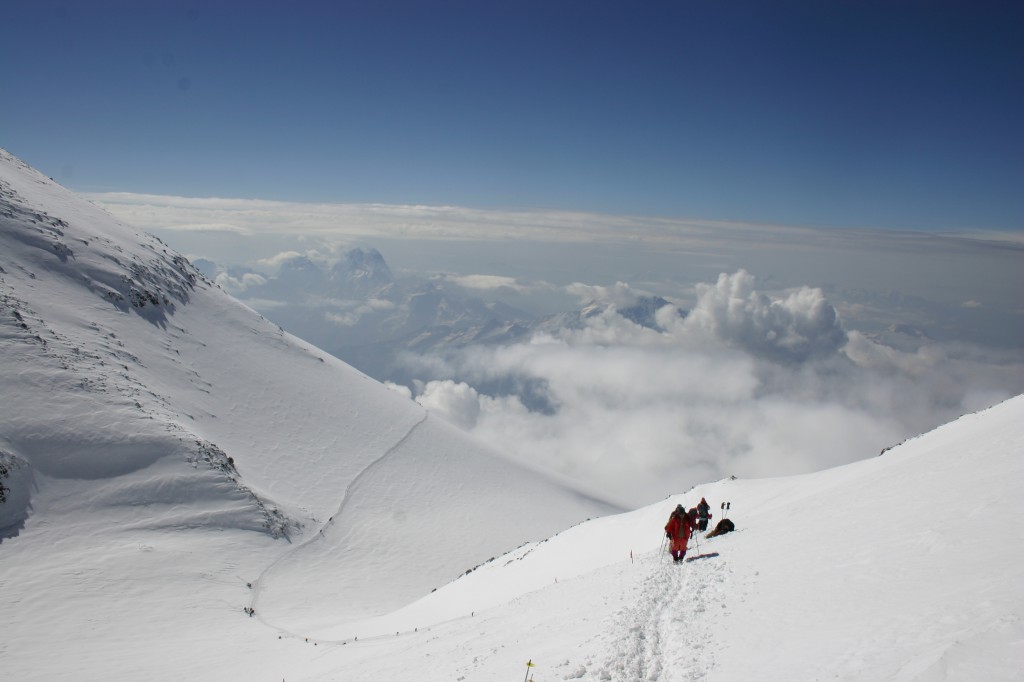 The route of ascent starts from the Baksan Valley, runs along the south side of the mountain and is considered to be a classic. It is quite available for physically healthy normal people. The vast majority of our clients make successful climbing on Mount Elbrus under favorable weather conditions. The route, though, and requires a special climbing equipment (cats, ice ax), is not technically difficult. But this is its perfidy. Such natural factors as altitude, rarity of the air, cold, frequent winds, release of sulfur gases, lack of visibility in bad weather, increased activity of the solar radiation would require climbers on physical fitness, endurance and high-quality equipment. For not very experienced climbers it is desirable to take a guide. He spends an optimal acclimatization program with the group and significantly increases the chances to reach the top, as he knows many of the technical and psychological techniques of climbing. Besides, the guide makes the trip as safe as possible. 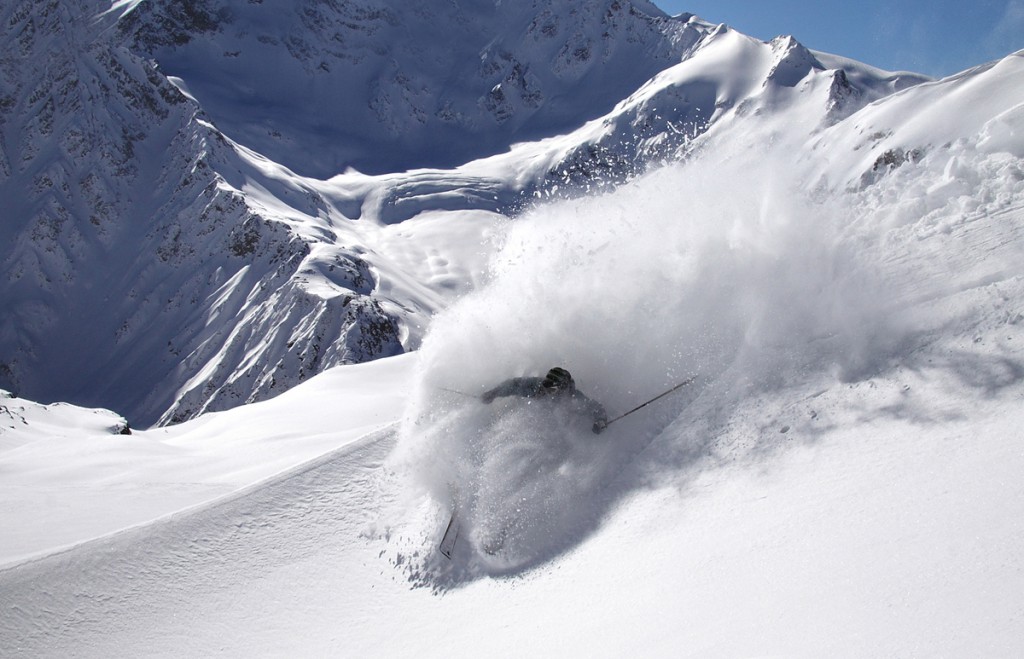 Elbrus – the Russian freeriding Mecca.
From lifts two mountains are available – Elbrus and Cheget.
Pendulum Elbrus cableway starts at an altitude of 2300 m (Azau station) and, with a change on Krugozor station, raises to a height of 3500m (Mir station), then you can continue to go up on the chair lift to a height of 3,780 meters (Kara-Bashi station). On Elbrus the snowcats are used as lifts, using them you can go up to a height of 4200 meters to the old Priyut-11.
Cheget chairlift starts at an altitude of 2100 meters from Cheget Meadow, with a change on the station with “Cafe Ai”and raises to a height of 3050 meters. Then you can use the old ski lift, which raises another 50 meters. 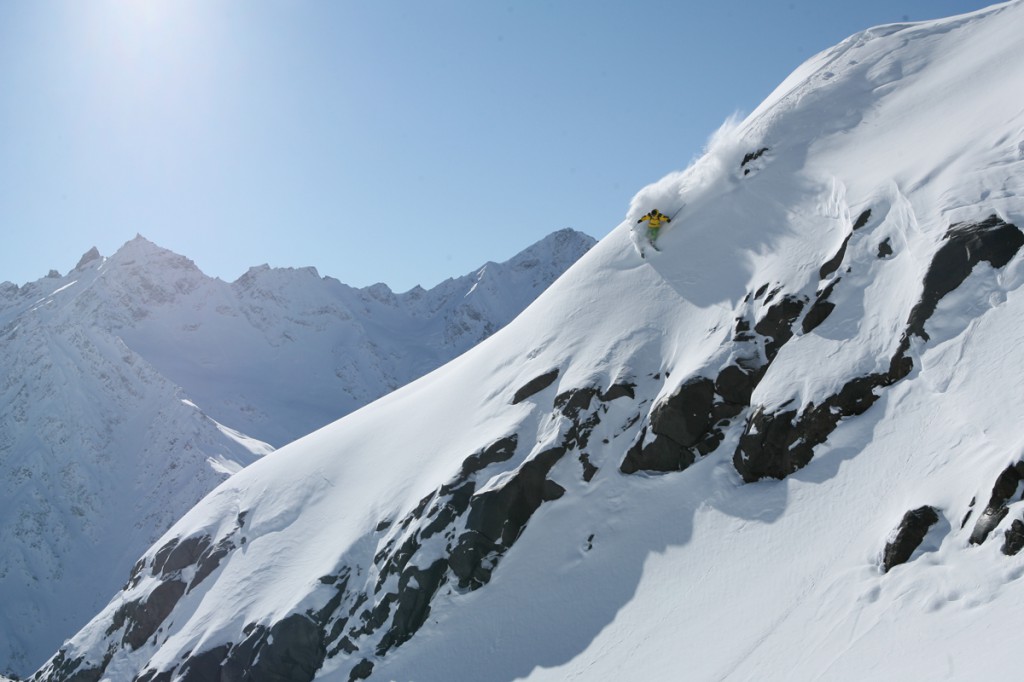 Mountain for “lazy” freeriders. The routes do not require a long walking and technically are less complicated and more easy than Cheget, but on Elbrus you can find lots of interesting reliefs. Probably that’s why all the freestylers are building their jumps here. Elbrus is a more “cozy” mountain. The slopes are mostly southern, so it’s warmer and the light lasts longer, but the snow is getting spoiled faster for the same reason. But this has its advantages – on cold days the snow gets soft faster, and on Cheget – no.
Routes can be divided into near and far. Near – the ones after passing which you return to the ski lifts in Azau. When riding the long routes, you come down closer to Terskol village and have to go back by car to the ski lifts. Long, 10 to 15 km, and beautiful descents, can say – sightseeing.
The nature of the terrain: ice, snow fields, couloirs, cornices, canyons, moraines. Slope – 15 – 35 degrees. 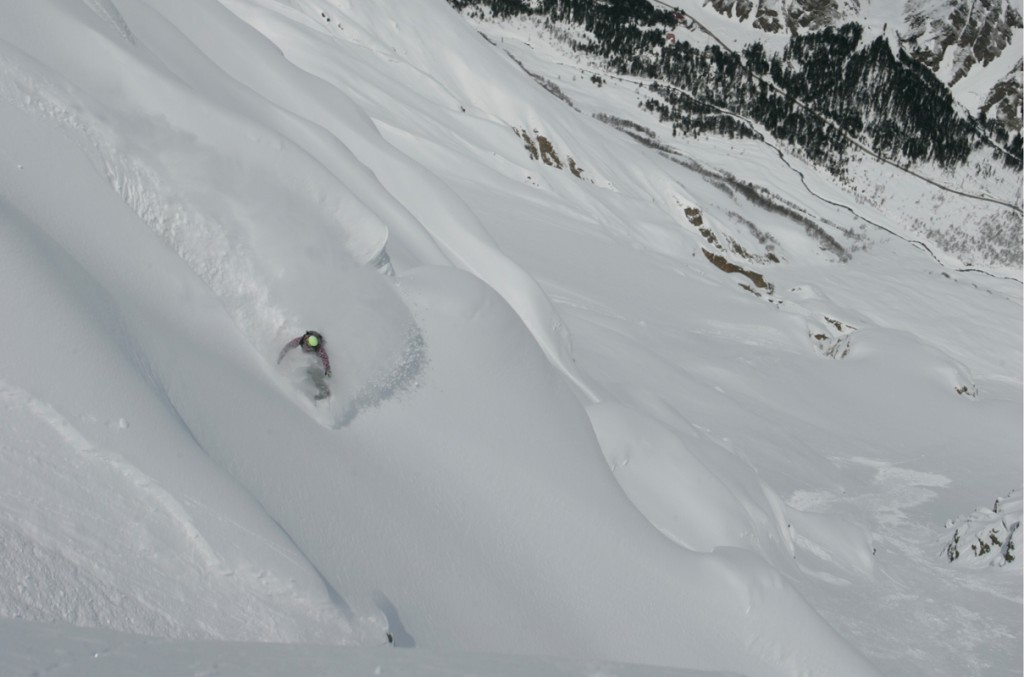 Translated from the Balkar means “north.” Actually Cheget and is famous for its northern slopes. The snow remains fluffy there for much longer than on Elbrus, because the sun either doesn’t touches it at all either not for long. On Cheget the starting points of the most routes begin from the chair lift and go further along the ridge. Therefore, for freeriding on Cheget you need to be ready for the fact that you will have to walk from 0 to 2 hours. There are two main ski areas on Cheget – south, more easy, and the north, more steep. The nature of the terrain: couloirs, snow fields, avalanche cones, forest. The slope of 20 – 45 degrees. 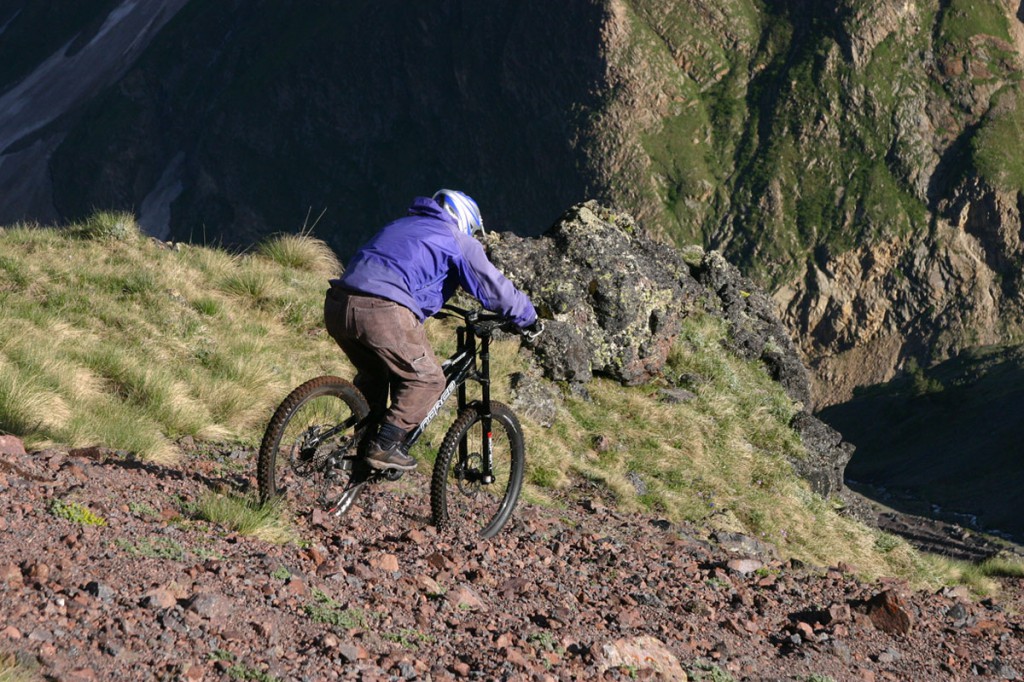 Over the past few years we have found that on many winter routes you can ride on a bicycle. Here, in the Elbrus region, you can ride with using lifts on two mountains – Elbrus and Cheget, without using the lift – from Itkol, where you will have to climb by foot, you can also take a ride from the peak Terskol, climbing by foot or by car.

Elbrus
Surfaces for riding on Elbrus: gravel, grass, snow, and the most unusual – ice! Yes! On Elbrus you can ride on the glacier! There’s a cool route about 10 km long.

Cheget
Surface: Rocky top, then mostly grass. There’s a road on Cheget and many trails. The best time for riding MTB on Cheget is in early summer, when the grass has not grown yet or early fall, when the hayfield is over, because damaging the grass is not welcomed by local people. 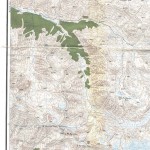 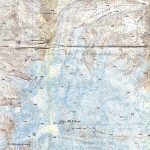 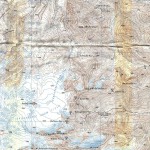 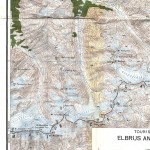 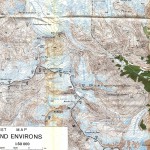 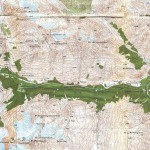